October 30, 2015    Comments Off on Why Halloween III was a great movie and people who disagree with me are probably dumb bitches    Posted in: Cult Culture

You know who you are. In my experience — and I am halfway through my fucking pathetic life — dumb bitches always know who they are. 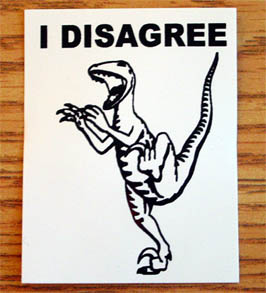 So, anyway, 1978’s Halloween. Michael Myers, Donald Pleasence, John Carpenter, Debra Hill, Jamie Lee Curtis clearly not a hermaphrodite, simply a large woman with a pronounced camel toe. The slasher horror industry starts with intelligence. There’s something here. Before Jason methodically exterminated promiscuous kids, and before it took three movies to properly explain that Freddy was trying to get revenge, Halloween hit the big screen and it had a certain… wiggedlyaboo, as the French say. It was interesting. It was scary. Curtis played the Last Girl with a pizzazz that would write her meal ticket for the next 40 years.

It’s one of the rare B-movies that did not need Sam Neill to make it better. 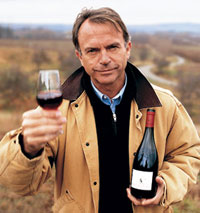 This was proved in the pudding, if you will. Carpenter’s budget was $300,000. Guess how much the movie grossed.

Did you guess 800 quabillion trillion?

That’s not a real number, you stupid cunt. It made 47 million at the box office. And, since 1978, it has made…a quabillion trillion.

So, of course, there’s a sequel. There has to be. The sequel, though, is quietly brilliant. 1981’s Halloween II picks up right where we left off. It’s the same night. We haven’t moved forward, we haven’t escaped. It’s Jamie Lee, it’s Pleasence. We pan down to the backyard through the broken window we’ve been moving through since 1978. And the body of Michael Myers is…not there.

It was all planned. The first movie had the cliffhanger. There was no sense of trying to revamp, reboot, relaunch, redo, or repeat. Halloween II was in the stars from the get go.

So the adventure continues. Carpenter, as always, got bounced for a more studio-friendly director. The budget’s better — $2.5 million. There’s this weird thing that happens, though. They end the franchise. Michael Myers is defeated, finally. It’s over. These movies were meant to be a quaint little duology and, looking back, you can see that storytelling clearly.

But the studio makes, yet again, roughly three and one eighth quarters quabillion trillion. So they think, golly-gee, let’s keep going.

And so, in 1982, something really strange happens. A Hollywood studio decides to exploit a movie, a franchise, a story, a director…and yet they acknowledge the spirit of the previous movies. They accept that the first two movies were a duology, with a clear beginning, middle, and end. So they decide to simply exploit the name. Halloween III: Season of the Witch. No Michael Myers, no Jamie Lee. No nothing related to the first two movies. Halloween III is refreshingly — and shockingly — unrelated to the franchise. It’s a sci-fi fairy tale. A thriller. A parable about corporate greed and corruption. A strangely damning commentary on the studios themselves. A highly entertaining mystery adventure.

In Halloween III we open up with a simple businessman on October 23rd who has uncovered a dark secret about the Silver Shamrock Corporation and dies for this knowledge. But not before our heroes are tipped off and/or intrigued and/or written clumsily into the plot. So they go to the Rust Belt factory to see WTF and become embroiled in a whole weird sort of paranoid X-Files-style conspiracy.

Silver Shamrock Corporation is a front for a bunch of Zuul worshipers who want to raise a dark Celtic god to…something something end of the world stuff. To achieve this end, they place fragments of Stonehenge in Halloween masks — no, no, stay with me — and promote these masks at the cost of roughly a quabillion trillion dollars. Kids around the world (only American cities are listed, but we’ll assume that was the “world” in 1982) are compelled to wear their masks for the 9pm October 31st Silver Shamrock special. The idea here is that the kids have to wear the masks as a sort of 3D glasses style decoder. So, of course, every kid in (the world?) is wearing a mask at 9pm on Halloween night.

Ah, but, there’s a subliminal message buried in the commercials that activates the Stonehenge fragment and turns the kids who are wearing the masks into a mass of insects and snakes to kill all the adults in the room.

All of this is part of some plan (and only part of the plan! We never get the rest of the plan, weirdly.) to resurrect some evil Gaelic witch or something. I don’t know. It kind of falls apart and, suddenly, it turns into Invasion of the Body Snatchers meets Futureworld and there are android copies of our supporting characters and even a classic “keep watching the skies!” moment.

The movie ends pretty much as if you suddenly stood up and, in a fit of rage, walked over and kicked the TV out the window. In fact, the end of that Youtube clip — the last 20 seconds or so — is the end of the movie. That fade to black at the 1:50 mark? Yep. Roll credits. All done.

And, you know, that right there is why Halloween III is awesome. Because it’s been 33 years and I still don’t know what the fuck I just watched. 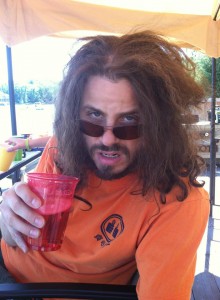