I try not to wade into politics. The whole thing is exhausting… But I’ll go ahead and cash in on the election fever so GS will get more hits and my five followers will stop asking me when the next update is going to be.

First, though, let’s talk about Richard Mourdock, the Indiana Senate candidate who said pregnancy from rape is god’s intent. A comment that, actually, is a bit softer than the whole “legitimate rape” thing, but still has me a little bit confused. Why do these middle American mouth-breathers keep making these crazy comments about rape? The legitimate rape guy was Iowa or something, right? What’s going on out there across America’s vast, red belly?

Of course, the urban coastal fringes all have one thought: We should all drive into the Heartland and rape us some daughters. It sort of taps into that Romulus and Remus thing. We’re a bunch of single transients. Let’s abduct every single woman from our neighbors and brutally rape them and have that be our first step in the founding of an empire that’ll last nearly 3000 years!

Or is that just me? It may just be me. I’m not sure. It’s hard to tell because I’m a shut-in and I don’t have conversations with anyone except for the pet adoptions listed on the Silver Spring Patch. 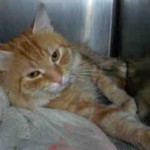 All this rape stuff has given me an idea. These Midwest yokels are reaching for their 15 minutes of fame, right? And, if they can do it, then so can I! I’ve always thought I’d be great for some local office. Certainly better than, say, my robotic State Senator (a Unitarian who went to Georgetown Prep and has a small jaw and a poor tooth-to-gum ratio). 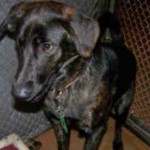 I think my Maryland district is ripe for an unusual candidate…and my road to success will be to make some sort of outlandish comment about rape. Maybe something like : “I think rape is how teddy bears are born.”

Then, in the shocked silence that follows, I can hold up a teddy bear and make it wave at the camera. Nacho Sasha for Congress! *teddy bear wave, sad face*

“Mr. Sasha, can you explain your recent comments on rape?”

“Hi Tony. No, I’m afraid not. I was five martinis in and late for a date with a very expensive hooker.” 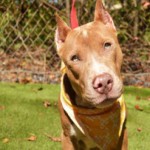 “Nacho! You must cleanse the Earth of the hated humans! You must tear out the throats of babies!”

I mean, if this shit works for you stupid fucks in the Midwest, it’ll certainly work for the mouth-breathers in Maryland. They love to be outraged and, let’s face it, when you look at the Maryland ballot it’s just about the opposite of outrage. I’m surprised Romney’s even on there. Certainly the President is the only part that matters. A Maryland ballot is basically a list of vampire-incumbents running unopposed. Vote for no more than three of the following three candidates who have been on the Board of Education for the last 500 years since the last Vampire War! 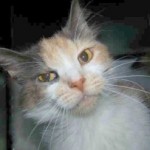 “Nacho! You must kill again! You must appease me with blood!”